Like my previous post on games, this list isn’t going to be the top beers brewed in 2015, more about the top beers I drank in 2015. The craft beer market in Ireland has really exploded over the past few years, with the number of homegrown breweries sky-rocketing. In addition, it’s easier than ever to find foreign craft beer in your local off licence. I’m not very good at describing flavour, but I’ll do my best!

My first encounter with Wicklow Wolf was in a cocktail bar in Dublin. I’m not much of a cocktail drinker, and their beer menu was pretty restricted. But they had some beers from Wicklow Wolf Brewery, who I hadn’t heard of. So I decided to try the Black Pearle Porter. Wow, was I surprised. It was rich, intense and had all the tastes I love in beer: chocolate, coffee and caramel.

Wicklow Wolf – killing it with their craft beers! Source: lovindublin.com 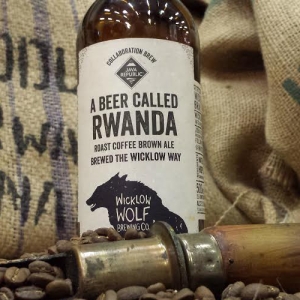 After my first encounter with Wicklow Wolf, I was intrigued. I started to follow them on social media and try their other beers when I could. None topped the Black Pearle Porter for me, but as I said, I like porters and stouts more. But then came A Beer Called Rwanda – a brown ale, infused with coffee. It was amazing. It was light enough to drink multiples of, but also heavy enough to appeal to the porter fanboy in me. The coffee taste was just right, with a little bit of sweetness in there too. It’s a great beer to have during social deduction games, as you take a long swig while trying to think of the most convincing lie! 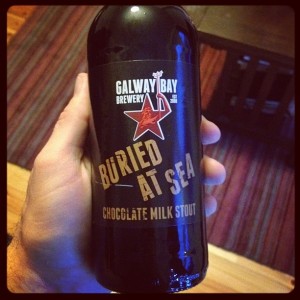 Buried at Sea is a milk chocolate stout and my go to beer when I go to the board game meet up in Alfie’s Byrnes Pub in Dublin city centre on a Sunday. The beer has a delicious chocolatey taste, a slight sweetness and it’s so smooth, it goes down perfectly. When you’re sitting in the pub, trying to think out your next move, there’s nothing I would rather have to sip on. It’s refreshing, but not something I will drink too many of, which means I can indulge in a great beer while still be able to stay in the game.

A glass of Dark Fiery Porter

I had this beer back in March or April of 2015, and I haven’t seen it available since. One of a number of craft beers I got for my birthday, this jalapeno and ginger porter was dark but spicy. I wasn’t expecting such spiciness in the beer when I first opened it, but it definitely tingled and I knew the jalapeno and ginger were definitely in there! Not a beer to drink multiples of in a single session, but definitely a unique and interesting drinking experience. Unfortunately, I didn’t drink it during a game, but I think it would go down a treat in a game where you don’t interact with other players much. Why? This beer will definitely get handed around and talked about, that’s why! 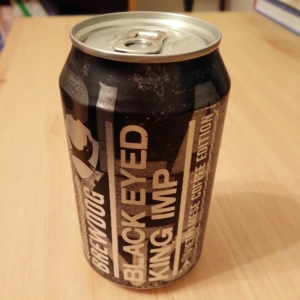 “The World’s Strongest Ever Canned Ale”

Towards the end of the year, I found myself drinking more barrel aged beers, and this one is special. I bought “the world’s strongest ever canned ale” and decided to save it for Christmas dinner. Little did I realise it would fill me up as much as Christmas dinner! This beer was incredibly intense, and there was a lot going on in every sip. Brew Dog themselves describe it as a “massive monster of a beery beast!” and I’m inclined to agree. Again, not one to drink multiples of, but that’s a good thing, as one of these bad boys will take you a while to drink through. 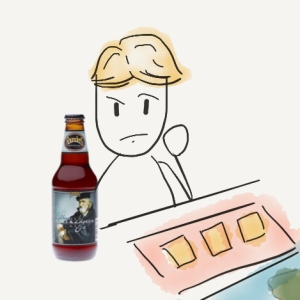 A heavier beer for heavier games

When you walk into an off licence looking for new beers to try, how do you decide? Do you judge the book by the cover? I do a little, and Founders Brewery often catch my eye with their unusual beer names (bottle of “Dirty Bastard” anyone?) and bottle art. Curmudgeon is an old ale, which means it’s been aged, in this case in oak barrels. The addition of molasses provides additional sugar for the yeast, which means more alcohol, and it weighs in at a hefty 9.8%. Curmudgeon is a smooth, powerful, malty beer that is great to sip as you ponder your next move.

So there you have it, the best beers I drank in the last year. Have you tried any of them? Thoughts, opinions and feedback welcome in the comments below!