I’ve been a fan of craft beer for a while now, but it’s only in the last year that I’ve really tried to expand my knowledge. My beers of choice would usually have been anything German – nice hearty Weissbier like Erdinger, Paulaner, that kind of thing. I found myself moving away from them as they left me feeling very heavy and sluggish on a night out, and started to track down what I really liked. Turns out what I like is ale! Red, pale, black, brown, it doesn’t seem to matter – give me an ale and I’m a happy bunny. So my “Top Beers of 2015” is basically just my “Top Ales of 2015”. Whoops!

Myself and Paddy have pretty different tastes in beers – he tends to prefer stouts and porters, I like my ales; but this one appealed to the coffee lover in both of us. I won’t harp on about it as Paddy did a good job of describing this beaut in his post, but I’ll just say that this is the beer I go to when I want to treat myself. Usually after a long day of board games you need a break from the beer to get a hit of coffee before gaming continues – this bad boy removes the need for that!

Paddy already posted a picture of the beer, so here’s Jon Snow and Ghost – Who is a WOLF. Get it?

Ok it’s actually becoming kind of a joke how much Paddy and myself like the Wicklow Wolf beers. There are plans for an elaborate Ocean’s 11 style caper where we disguise ourselves as janitors and sneak into the brewery but I won’t get into those here. Needless to say, we’re fans. 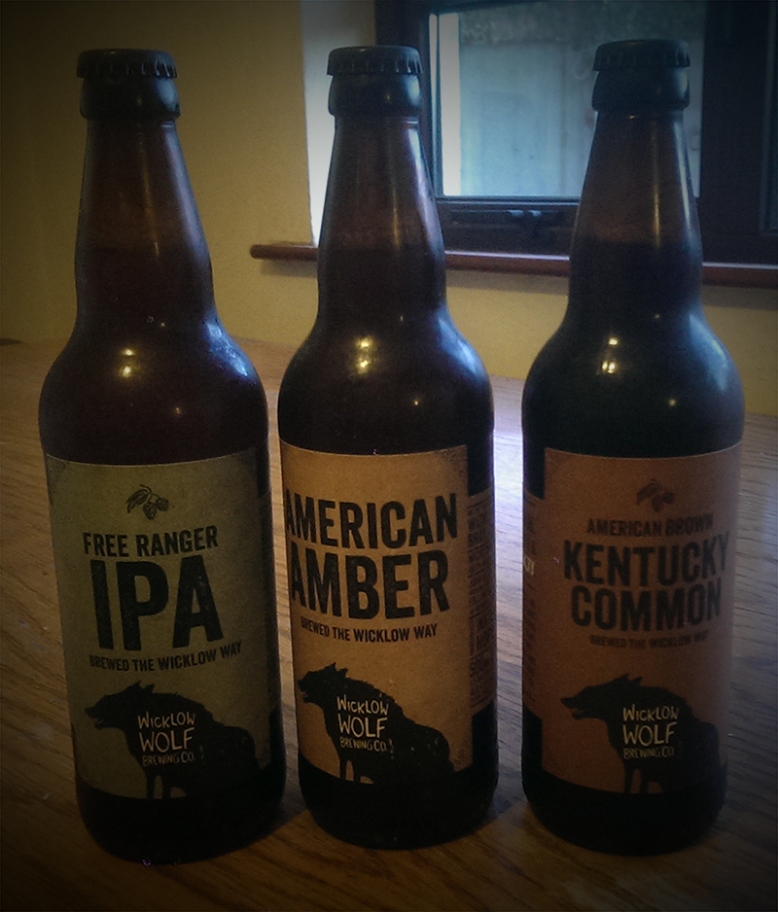 The Kentucky Common is a delicious, easy to drink beer that still feels hearty. Its got nice tinges of caramel and chocolate to it, and for some reason it always reminds me a bit of Laphraoig: an Islay whiskey with a very peaty taste to it (which also happens to be my all time favourite whisky). Considering the master brewer at the brewery is a yank himself, you know you’re on to a winner with this one.

Myself, my wife, and two friends were lucky enough to head to Brussels for the Christmas markets in early December of last year. I was obviously looking forward to the markets themselves and partaking in some gluhwein, but I was giddy with excitement at trying some new beers.

They cleverly cut down on binge drinking in Brussels by making pubs unpronounceable to the inebriated… or the sober. Source: http://www.brusselspictures.com

Paddy had been to Brussels previously and recommended a pub right next to the Manneken Pis (that’s the “peeing boy” to you and me), so we sought it out. I was astounded by the size of the menu… before realising that that was just the seasonal beers! The Noël from Delirium was the first I had and I fell in love with it. It had these gorgeous Christmasy tastes of orange peel, cloves, cinnamon and other spices, and it even poured a seasonal red! Its got a pretty beefy alcohol content so watch yourself with that!

It’s got a pink elephant in a Santa hot on the bottle for God’s sake! Just go get it!

Track it down in time for Christmas next year. You won’t regret it.

I came across this beer in Brookes Hotel in Dublin City Centre when out for our work Christmas lunch. The hotel bar has a pretty nice selection of beers and the waiter really knew his stuff, but once I saw “Bourbon Barrel” there was no other option but to order it.

Bourbon and Beer – Together at last. Source: Lexington Brewing Co

As I mentioned above, I’m a big whisky fan so this beer is just perfect for me. The beer is aged for 6 months in bourbon casks which gives it a gorgeous charred wood taste. Like a lot of ales, it’s also very easy to drink (probably too easy…) so you can have a few at a sitting and not feel over full. Give it a try if you spot it on your travels, or seek it out if you’re a bourbon fan.

Along with Wicklow Wolf, Blacks of Kinsale are another Irish brewer I became a big fan of in 2015. They’ve been around since 2013 but, as stupid as it sounds, the labels on the bottles and the different coloured caps are what drew me to them!

Thankfully the beers contained within said bottles are absolutely delicious so it all worked out. Blacks have a really nice range but the Rocketship IPA is probably my preferred beer that they produce – it was a toss up between this and their Model T stout, but the Rocketship won out in the end. It’s a nice step up from their KPA (Kinsale Pale Ale) and Black IPA, and gives a bit more of a hit when you’re drinking it. The alcohol content is also ramped up so maybe switch to their equally delicious Session beer if you’re making a night of it. 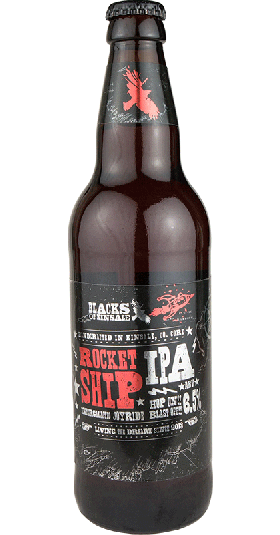 Side Note: They have a “Rum Edition” of their Model T stout which I will be scouring my local off licence for. Let me know if you spot it!

O’ Hara’s are an old hand at craft brewing by Irish standards, having been founded in 1996. Their beers are usually much easier to get your hands on and you’ll often find them on tap in a lot of pubs, which doesn’t happen as much with other beers and breweries. Their red ale would be my go to beer on a night out if I can get my hands on it.

I picked this beer up when we were set to play a game of XCOM – a cooperative board game based on the XCOM videogame where you work together to fend off an alien menace. A “Coalition” beer seemed like an apt choice. Foreign Affair is a collaboration brew with Starr Hill from the USA, who’s Snow Blind beer I have had the pleasure of tasting. The Foreign Affair uses Irish malt and American hops to create this delicious red ale. The beer itself has a really nice citrus hint to it and is very easy to drink, and I was very disappointed with myself at only having picked up one before the game!

This is the way the world ends, not with a bang but with a … “God f*cking dammit!”

Oh, and XCOM? Yeah humanity was wiped out. Thankfully I had a little of this left to drown my sorrows in.

Join us next Wednesday when myself and Paddy will be talking about how and why you should start a monthly board game meet up!