Good day to you, you lovely people and welcome back to my little primer to help you understand exactly what all the cool board game people are talking about.

Last week I covered a few general terms and a few of the different types of card games you can find in your FLGS (friendly local game shop). This week I’ll get into a number of different types of board games and some other fun stuff. Enough preamble, let’s do this!

Pen and Paper usually refers to tabletop role playing games like Dungeons & Dragons, Apocalypse World, Fate Core etc., but can also mean any game you can play with pen and paper – good ol’ X’s and O’s would be a pen and paper game technically!

In theory all board games are social games because you’re sitting around with a group of people partaking in an activity and making crude jokes about fondling bits of wood. However there’s a subset of board games where the whole point is to encourage interaction and conversation between people with less of a reliance on physical pieces or even a board.

These games have seen a huge surge in popularity lately as more casual players are joining the hobby and most of theses games, like One Night Ultimate Werewolf or Mafia de Cuba, have hidden roles that generate a lot of the fun and conflict. In ONUW you’re trying to figure out who the werewolves are, whereas in MdC you’re trying to make figure which one of your loyal henchmen stole your diamonds. 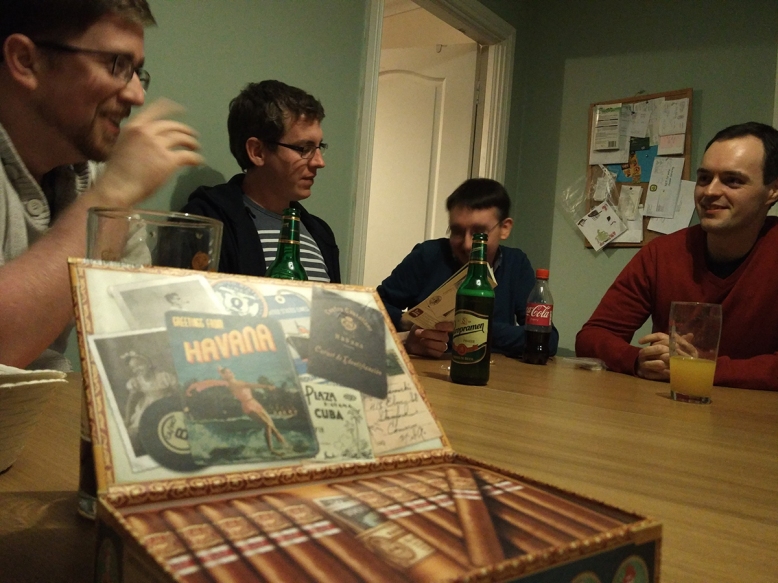 It was probably the guy giggling to himself.

These types of games are fantastic at parties and are a great way to hook in new people who don’t play a lot of board games.

“Elementary my dear Watson! I do believe we’ve uncovered yet another type of game!” 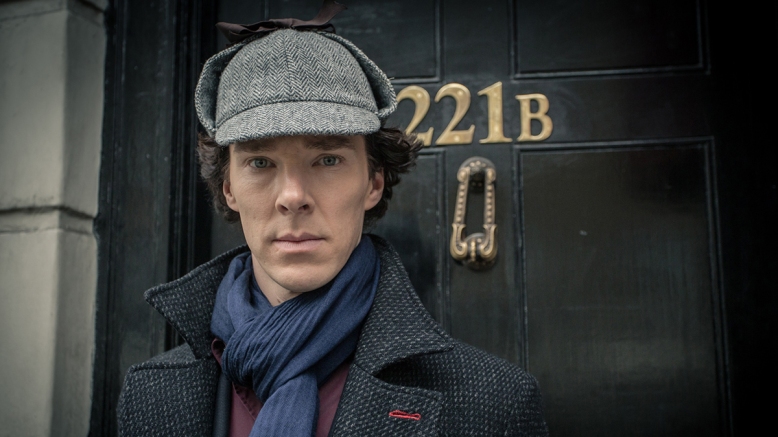 Deduction games for me see you trying to solve a puzzle of some kind. Good ol’ Cluedo would be a deduction game. For a more modern take check out Sherlock Holmes Consulting Detective or Mysterium.

Co-Op (Plus a Betrayer)

Co-op games see players joining forces to achieve a single goal. They’re really great to break out for those people in your group that aren’t big fans of conflict. Games like Ghost Stories, Mice & Mystics, and Pandemic do a nice job of scratching your co-op itch.

On the more paranoid side of co-op games is the idea of there being a betrayer amongst you. This is an absolutely brilliant mechanic for sowing doubt and fear in you while you play. This idea was popularised with the frackin’ great Battlestar Galactica board game, and has since been honed to a razor sharp backstabby point by one of my top games of 2015: Dead of Winter.

Seriously though, the tension can make for a less than relaxing night…

An asymmetrical game is one in which players do not have the same resources, pieces, or may not even play by the same rules. These games are usually either two player, two teams, or “many against one”. So in War of the Ring one player is trying to walk the ring into Mordor…

… (sorry) and the other player is trying use their near endless forces to kill/eat the delicious fat hobbitses; or in Descent: Journeys in the Dark a single player plays the evil overlord controlling all the monsters, while the other players control the heroes.

Asymmetrical games can be great fun but I find at times in the “many against one” scenario one side or the other can feel isolated, picked on, or suffer from rage induced bouts of screaming “This is bullshit!”

Quiet! … Do you smell something?

Hidden movement games are basically “Hide & Seek: The Board Game”. These are generally asymmetrical games where one player is on the run from the others. The two vilest (i.e. best) examples of these lurking deep in the shadows of your FLGS are Letters from Whitechapel and the recently re-published and updated Fury of Dracula.

Worker placement games basically boil down to: put a thing in a place, and then get a different thing. Usually you’re placing things like farmers in fields in order to harvest grain, or sending agents to pubs to recruit adventurers, or putting people on graves to… die.

Give a thing, take a thing! Basic economics.

Anyway, worker placement games can be great but there does seem to be an awful lot of them around at the moment. Some of my personal favourites are Lords of Waterdeep, Brewcrafters and Village but there’s plenty more out there.

Almost there folks! Right, so abstract games are games that centre entirely on mechanic. Unlike most Euro Style games, abstract games usually don’t even bother with a theme. Here you’re looking at things like Qwirkle, Tsuro and classic games like Go or Chess.

Phew! That’s it. We did it guys! High fives all round.

So this is by no means an exhaustive list (exhausting maybe!) but it should be enough to point you in the right direction. Armed with all the terms I’ve given you and a brief run down of various different game types you should hopefully be able to find something that will appeal to you!

Did I miss anything major? Let me know in the comments!

2 thoughts on “Board Games for Beginners – Part 2”