Happy new year everyone and welcome to 2017, Year 2 of The Crafty Players blog and podcast. We’re going to do a small review of our first year, and where we hope to go from here, in episode 9 of the podcast. But for now, Emmet and Paddy have made some gaming resolutions for 2017. Let’s see what they are!

I’m not really one for resolutions as I find that if I drop or fail them I just say “Ah well, maybe next year!”. However, I know that this year will be a very busy year both in work and at home so to avoid just letting myself lounge around on the couch I wanted to take a leaf from Paddy’s book and set myself some targets for this year to stay motivated.

So there’s a popular “10 x 10” challenge that floats around BoardGameGeek and /r/Boardgames every now and then. The idea is often touted to help people curtail spending and involves playing 10 games from your collection 10 times each. Now that seems pretty daunting to me so I’m going for a “5 x 5”, and try to play 5 of my games 5 times each. If I achieve that I’ll either create a brand new 5 x 5 list, go to 5 x 10, or, if I’m feeling crazy, go for the full 10 x 10.The games, and reasons for choosing them, are below 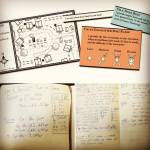 Last year, after years of telling myself “Gee, I sure would love to release my own adventures for D&D some day”, I finally did it. The Graveyard Shift has seen 500+ downloads to date and has facilitated guilt-free D&D product purchases so all in all I’m very happy with my first self-published adventure. This year I’ve set myself the goal of publishing 4 separate adventures and then bundling those together for the DriveThruRPG Christmas sale next year. I have a meaty chunk of the first adventure completed (which I’ve talked about before and outlines for the other three.

My aim is to release the next adventure by the end of February and then subsequent adventures every three months after. To me this seems very realistic but I’m sure life will find a way of slowing me down. Well bring it on Life! Creating and writing adventures is something I love doing, and it’s something I do in my spare time anyway so I’m excited to set myself this challenge and to see what happens.

You may remember in early December I wrote a post about using the development of positive habits as the fuel for my board game budget. I’m still moving ahead with that and trying to put together a board that I can track things on. But it’s proving to be a big challenge to stop it making like a bunch of boxes to be ticked, so I’m tracking it on paper for now.

Having said that, following Emmet’s lead, there are a few things specifically within gaming that I would love to achieve this year. Like Emmet, they fall into a playing and creating category, with a small wish at the end. 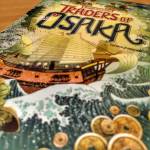 In the grand scheme of things, my collection isn’t that big, currently 61 games (not including expansions, but they’re few and far between). But there’s somewhere between 15 and 20 games in there that haven’t been brought to the table with Emmet and our group, not to mention another handful of Kickstarter projects due to deliver this year. My aim in 2017 is to get most of these to the table! I want to slow my rate of acquisition, and focus more on playing what I have. I’m also thinking to spend money on games I already have and love, perhaps by buying inserts or custom meeples. I think this will give me the board game buying endorphin rush without buying new games!

When we started the blog, we said we didn’t want it to change how we play games, or let the need for content impact the group. I feel like I did let it affect me, but frequently playing the or purchasing games to be able to talk about the newest, hottest items. Now, I’m going to wrest control back, play what I want, and spend more time with the games I have, and hopefully explore something new in these games I never knew existed before.

In the creating category, I’m aiming to get three board game designs to such a stage to enter them in the Cardboard Edison Award at the end of January next year. I already have two designs in the works which I’m hoping to enter this year, but the three for next year have to be completely new, as of 2017! I’ve come up with one idea already that needs to be prototyped to see if it has legs. A year may seem like a long time to work on this, but my game design process is…slow!

Finally, my wish. I’ve played some games in my time that resolve things with the roll of single d6. Even when there’s abilities, items and other ways to mitigate the randomness, or to increase the chances of getting the desired result, I really loathe this mechanic. My wish for 2017 is to see this mechanic disappear, for board game designers to come up with more engaging, original ways to determine the outcomes of actions. I will never use rolling a single d6 to determine in outcomes in one of my own designs, I promise you that!

So there you have it, Emmet and Paddy’s gaming resolutions for 2017! Have you set yourself some gaming goals? Will you do a 10×10 challenge? Or work on your own game design and hope to get it published? Let us know in the comments below, on Twitter, our Facebook page or on our Instagram.

One thought on “2017 Gaming Resolutions”